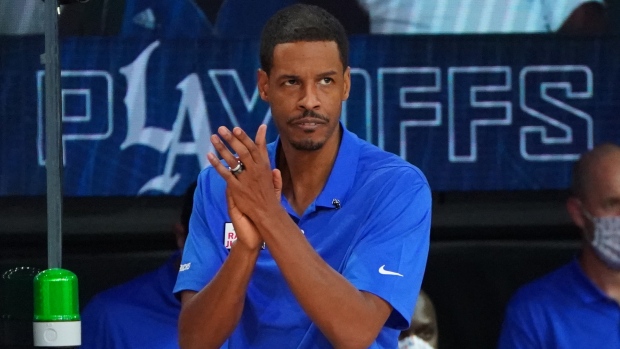 The Houston Rockets are finalizing a deal to hire Stephen Silas as their new head coach, according to a report by Adrian Wojnarowski of ESPN.

Dallas Mavericks assistant Stephen Silas is finalizing a deal to become the next head coach of the Houston Rockets, sources tell ESPN.

Silas spent the last two seasons as an assistant coach with the Dallas Mavericks and prior to that he spent eight years in the same position in Charlotte.

The 47-year-old is the son of former NBA player and  head coach Paul Silas.

Silas will replace Mike D'Antoni, who announced he would not be re-signing with the team after his contract expired following the 2019-20 season.

The Rockets were eliminated from the playoffs in the second round by the Los Angeles Lakers in a five-game series.

D'Antoni finished his Rockets tenure with a 217-101 overall record through four seasons, leading the team to the playoffs each year.