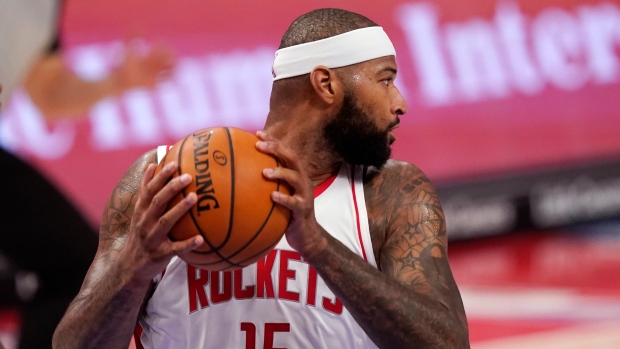 The Houston Rockets are releasing centre DeMarcus Cousins, according to Shams Charania of The Athletic.

The 30-year-old is averaging 9.6 points and 7.6 rebounds in 25 games with the Rockets this season.

Rockets guaranteed Cousins’ $2.3M salary for the season last week, and had positive feedback about his professional approach in 25 games for the team. https://t.co/GjzeSB3bM5

Charania reported last week that the two sides were planning to part ways, with Houston wanting to go with a smaller, younger frontcourt led by Christian Wood.

The move will allow Cousins to find an opportunity with another team prior to the start of the playoffs.

Cousins was drafted No. 5 overall by the Sacramento Kings in the 2010 NBA Draft.