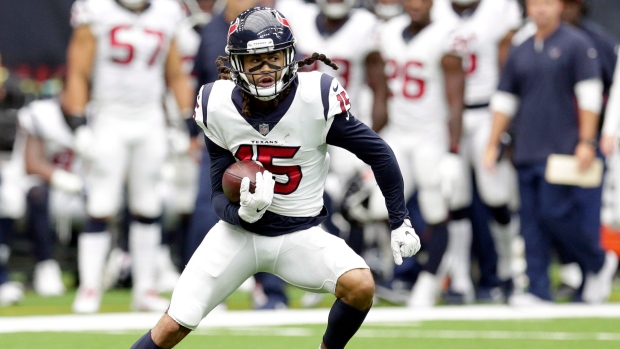 Will Fuller , The Canadian Press

Houston Texans wide receiver Will Fuller, who suffered a hamstring injury in Sunday's loss to the Indianapolis Colts, is expected to miss several weeks due to the injury, per NFL Network's Ian Rapoport.

Fuller has been a significant part of the Texans' passing attack this season. He ranks second on the team in receiving yards (450) and is tied for first for receiving touchdowns (3).

The 25-year-old receiver has been no stranger to injuries since being drafted by the team in the first round (21st overall) of the 2016 draft. Fuller has played in just 38 games over his near four seasons in the NFL. He played in just seven games last season after tearing his right ACL a season ago.

The Texans are currently in second place in the AFC South standings with a record 4-3.