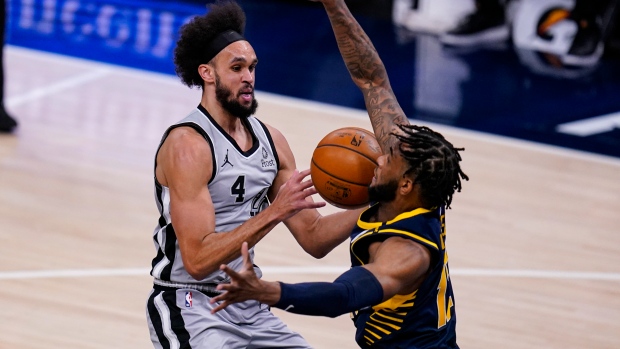 The Indiana Pacers must like what they have seen out of Oshae Brissett.

A day after the forward made his first career start for the team, ESPN's Adrian Wojnarowski reports the team has signed the 22-year-old Toronto native to a three-year deal.

Undrafted out of Syracuse, Brissett is in his second NBA season, having appeared in 19 games a season ago with his hometown Toronto Raptors.

In six games with the team, Brissett has averaged 8.2 minutes a night. During Monday night's 109-94 loss to the San Antonio Spurs, Brissett scored 13 points and added six boards in 25 minutes.

Prior to joining the Pacers, Brissett spent time this season with the Fort Wayne Mad Ants of the G League.