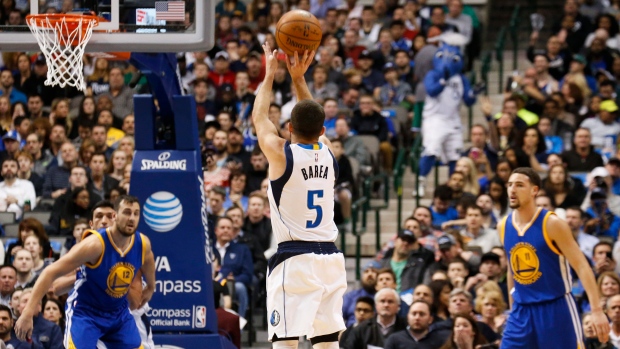 Guard J.J. Barea is signing a one-year, $2.6 million deal to return to the Dallas Mavericks according to Shams Charania of The Athletic.

Barea has spent 11 of his 14 NBA seasons with the Mavericks, first joining the team all the way back in the 2006-07 season.

Barea moved on to the Minnesota Timberwolves for three seasons but returned to Dallas in October of 2014.

He then spent his next six seasons there, averaging 7.7 points per game in 29 games last year.

He is a native of Mayaguez, Puerto Rico.