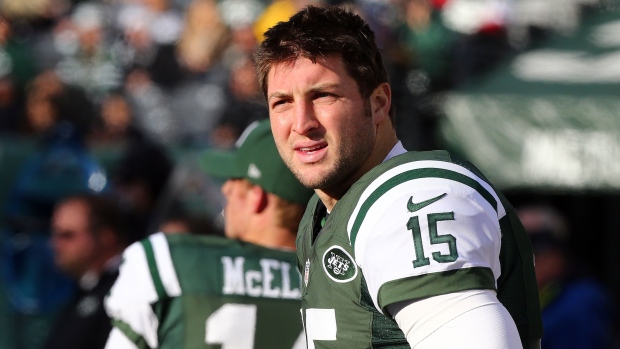 Tim Tebow's improbable return to the NFL appears to be at hand.

NFL Network's Ian Rapoport and Tom Pelissero report the Jacksonville Jaguars are expected to sign the Heisman Trophy-winning quarterback-turned-tight end to a one-year contract with a deal expected as soon as later this week.

The #Jaguars are planning to sign QB-turned-TE Tim Tebow to a 1-year deal, per me and @TomPelissero, a deal that could be official in the next week or so. Nothing done yet. But he’ll have a chance to make the team to reunite with his mentor and college head coach Urban Meyer.

Tebow, who played under Jags head coach Urban Meyer at Florida, last appeared in an NFL game in 2012. He appeared in 35 games over three seasons with the Denver Broncos and New York Jets.

In late April, it was reported that Tebow had been working out with the Jags as a tight end.