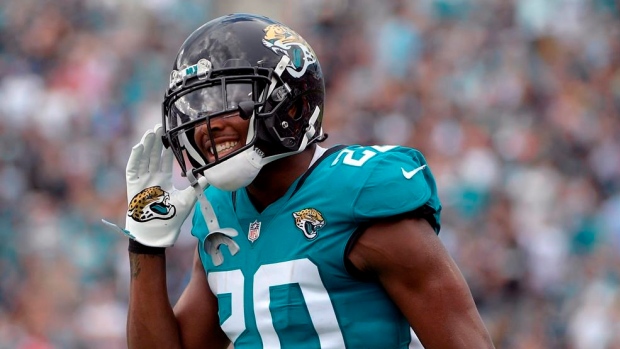 Jacksonville Jaguars cornerback Jalen Ramsey called the team on Sunday night to inform them he will be unable to practice on Monday because he’s sick, according to a report by ESPN’s Adam Schefter.

Jacksonville CB Jalen Ramsey called the Jaguars on Sunday night to inform them that he’s sick and will be unable to practice today.

Due to being sick, Jaguars’ CB Jalen Ramsey will not practice today, nor maybe this week at all, per sources.

Ramsey still wants to be traded; Jaguars want to keep him. Standoff continues.

Ramsey might not practice for the entire week due to the illness, which he believes is the flu, according to Schefter’s report.

Jaguars’ CB Jalen Ramsey thinks he has the flu, per source.

The 24-year-old requested a trade from the Jaguars, however the team is not interested in granting that request according to multiple reports.

Jaguars owner Shad Khan reportedly wants Ramsey to stay and is willing to make him the highest paid player at his position.

Despite asking for a trade, Ramsey appeared in the Jaguars' 20-7 victory over the Tennessee Titans last Thursday and recorded five tackles.

Ramsey has made every start since joining the Jaguars in the 2016 season. The fourth-year veteran has nine career interceptions and one touchdown.

He was selected fifth overall in the first round of the 2016 NFL Draft by the Jaguars.