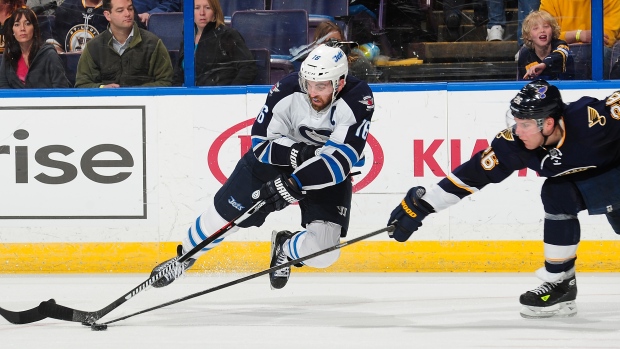 The Winnipeg Jets might be running out of time to sign their captain before the season starts.

According to Gary Lawless of the Winnipeg Free Press, Andrew Ladd is considering shutting down contract talks with the Jets when the season starts on October 8.

"It’s certainly something I have to consider," Ladd told Lawless after Thursday morning's skate. "My contract and the business part of things can’t become a distraction to me or to my teammates. So setting it aside once the season starts is something we’ll (Ladd and his agents) have to discuss."

The two sides have discussed an extension for the 29-year-old over the summer, but failed to come to an agreement. Ladd is entering the final year of this contract worth $4.4 million. Ladd scored 24 goals and added 38 assists over 81 games in 2014-15 and recorded one assist over four games in the playoffs.

Defenceman Dustin Byfuglien also has one more year left on his current deal while youngsters Jacob Trouba, Mark Scheifele and Adam Lowry are in the last years of their entry level contracts.