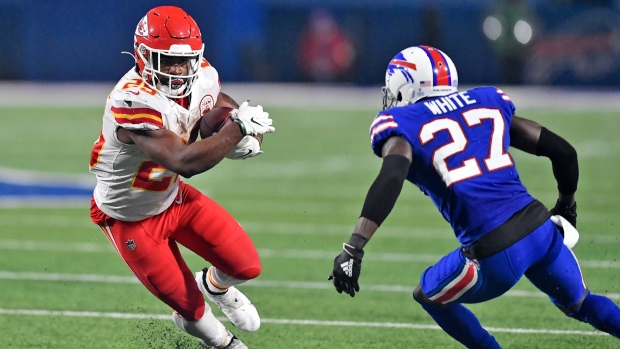 The Kansas City Chiefs have declared running back Clyde Edwards-Helaire (ankle, hip) out for Sunday's Divisional-Round matchup against the Cleveland Browns, according to ESPN's Adam Schefter.

Chiefs’ RB Clyde Edwards-Helaire, who missed practice time this week with ankle and hip injuries, and is listed as questionable for today, will not play against the Browns, per source.

CEH is very close to returning and if KC wins today, should be back for AFC Championship Game.

The 21-year-old, who was drafted 32nd overall by the Chiefs in the 2020 NFL draft, has not played since the team's Week 15 victory over the New Orleans Saints. Edwards-Helaire has given the defending Super Bowl champs another offensive weapon, totaling 1,100 all-purpose yards on 217 touches. He finished the season fourth among rookies with 803 rushing yards.