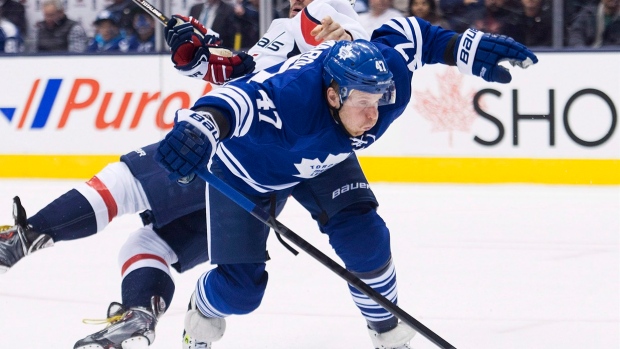 Toronto Maple Leafs forward Leo Komarov appears to be set to pay a heavy fine for speeding in Finland.

According to Finnish news outlet Helsingin Sanomat, Komarov was fined more than 35,000 euros on Friday as result of two counts of speeding and two counts of fraud. The amount in Canadian dollars is more than $51,000.

The speeding incidents allegedly took place before Komarov joined the Toronto Maple Leafs for the 2014-15 season, after a year spent with the KHL's Moscow Dynamo.

Komarov was reportedly travelling 25-30 km/h over the speed limit both times he was pulled over, according to files translated by the Hockey News. Because he was between teams, the 28-year-old told police he had no income - fines in Finland can be based upon income. However, the court ruled Komarov needed to report his earnings over a longer period, including his KHL earnings and his upcoming contract with the Maple Leafs, and assessed him with the heavy fine. He could have faced up to six months of jail time.