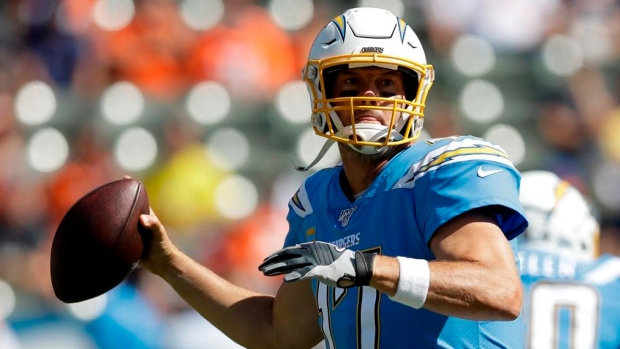 Philip Rivers has not been himself lately.

In the last two games, the veteran quarterback has thrown seven interceptions, which is the worst two-game turnover stretch of his career.

The #Chargers don’t want to do it and hope it doesn’t come to this, but with a repeat performance, they could bench QB Philip Rivers for Tyrod Taylor. My story: https://t.co/chHGz4YX6T

According to Ian Rapoport of the NFL Network, if Rivers offers a repeat performance, the team could bench him in favour of backup Tyrod Taylor.

Rapoport adds the team hopes not to have to make such a move and it won't be a "quick hook," but with the Chargers likely needing to win out to reach the playoffs, they would pivot to Taylor if they have to.

"Obviously, there's a fine line there," Chargers head coach Anthony Lynn told reporters earlier this week. "You still want to be aggressive throwing the football, but at the same time, make smarter decisions."

Rivers' numbers haven't been what we're used to seeing this season. In 11 games, the 37-year-old has thrown only one more touchdown (15) than interception (14) has has a completion percentage (64.3) that is nearly four points lower than last year. His yards per attempt and touchdown percentage are also significantly down from last season.

Los Angeles sits at 4-7 entering their matchup with the Denver Broncos on Sunday.