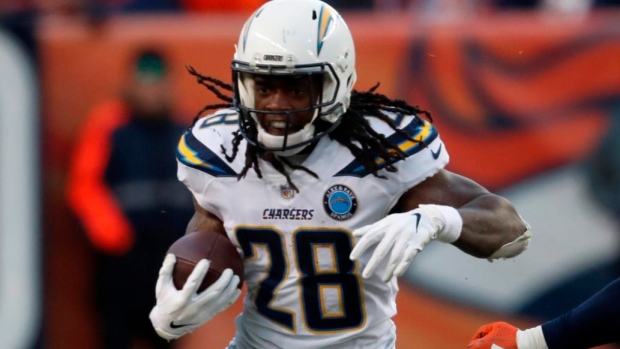 Los Angeles Charger running back Melvin Gordon has informed the team that he will not report to training camp unless he receives a new contract, his agent told ESPN's Adam Schefter.

Fletcher Smith, who represents Gordon, added that the two-time Pro Bowler will demand a trade from the team if he does receive an extension. Smith said Gordon had hoped to keep negotiations private, but had go the public route due to a lack of progress being made with the Chargers this off-season.

Los Angeles running back Melvin Gordon has informed the Chargers that unless he receives a new contract, he will not report to training camp and he will demand a trade, his agent Fletcher Smith told ESPN.

Gordon, who was the 15th overall draft pick in the 2015 draft, is set to earn $5.6 million in 2019 on the fifth-year option of his rookie contract, which the Chargers picked up last year.

The 26-year-old rushed for 885 yards and 10 touchdowns in 12 games last season, adding 490 yards and four touchdowns on 50 receptions.

Chargers training camp is scheduled to open on July 24.