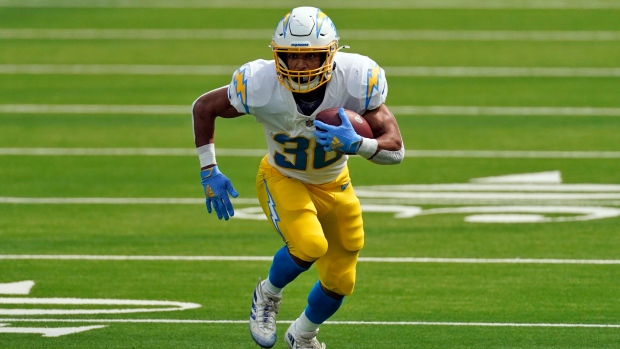 The Los Angeles Chargers plan to designate running back Austin Ekeler for return from injured reserve this week, according to a report from NFL Network's Tom Pelissero. It's unclear yet if Ekeler will play Sunday against the Buffalo Bills but he will practice with the team.

The #Chargers plan to designate RB Austin Ekeler for return from injured reserve this week, per source. Not yet clear if he’ll play Sunday against the #Bills, but Ekeler will practice for the first time since a significant hamstring injury in Week 4.

Ekeler has been out since Week 4 when he suffered a significant hamstring injury.

The 25-year-old had recorded 248 yards and a touchdown on the ground and 144 yards receiving through four games this season.