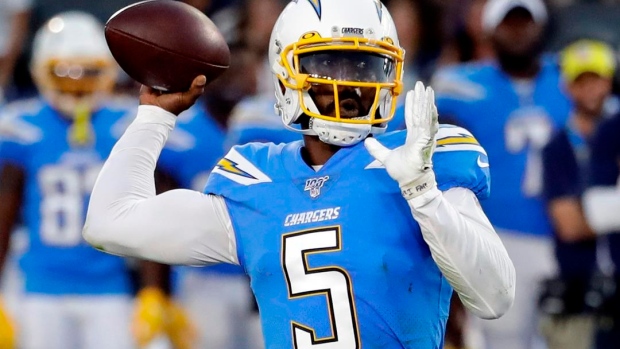 Chargers’ QB Tyrod Taylor is considered week to week with the chest injury that prevented him from playing Sunday, per source. So Chargers unsure of who their QB will be Sunday against Carolina.

Taylor was taken to hospital just before the game after he was having trouble breathing, but was released shortly later.

Rookie pivot Justin Herbert played well in his debut as the 2020 sixth overall pick threw for 311 yards with one touchdown and one interception.

After the game, head coach Anthony Lynn said Taylor was still their No. 1 quarterback going forward if he's healthy enough to play.

The 31-year-old Taylor is in the second year of a two-year, $11 million deal with the Chargers.