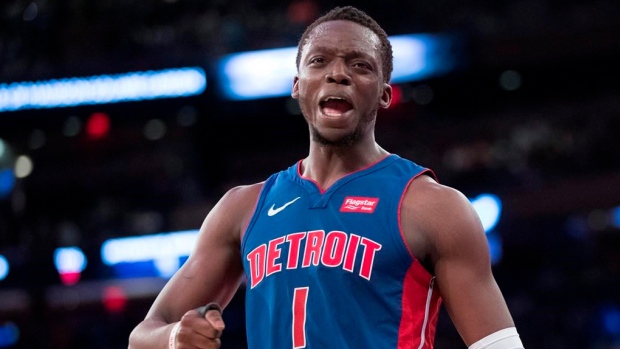 Guard Reggie Jackson plans to sign with the Los Angeles Clippers after agreeing to a buyout with the Detroit Pistons, according to Adrian Wojnarowski of ESPN.

Guard Reggie Jackson has agreed to a contract buyout with the Detroit Pistons and plans to sign with the Los Angeles Clippers upon clearing waivers, league sources tell ESPN.

Jackson spent more than five seasons in Detroit, averaging 16.2 points and 4.4 assists per game over that time. After playing and starting all 82 regular-season games last year, Jackson only played 14 games with the Pistons this season due to various injuries.

Jackson re-signed with the Pistons on a five-year, $80 million contract in July 2015. He started his career with the Oklahoma City Thunder, who selected him with the 24th overall pick in the 2011 NBA Draft. Jackson played more than three years in Oklahoma City before being traded to Detroit in a three-team deal.