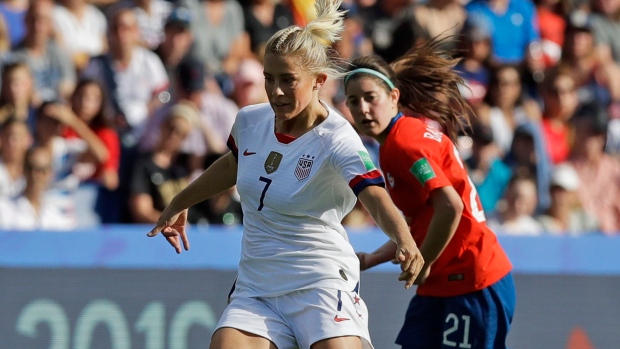 The United States women's national team contingent at the Etihad appears to be growing.

The Athletic's Meg Linehan reports that Manchester City is set to sign centre-back Abby Dahlkemper to a two-and-a-half-year deal.

Another #USWNT player is heading to Manchester City and #BarclaysFAWSL.

According to sources, center back Abby Dahlkemper is heading over to England later this month on a 2 1/2-year long contract with the club.

Linehan notes the deal is expected to be completed later this month.

Dahlkemper, 27, would be joining two of her national teammates at City with Sam Mewis and Rose Lavelle having joined the team last year.

Capped 62 times by the USWNT, Dahlkemper has spent the past four seasons with the National Women's Soccer League's North Carolina Courage with whom she won titles in 2018 and 2019.

Dahlkemper was a member of the United States side that captured the 2019 Women's World Cup.