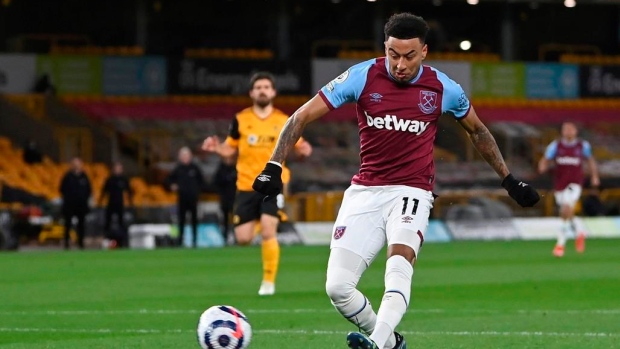 As Jesse Lingard's star turn since arriving in January has West Ham dreaming of the Champions League, Manchester United intends to cash in on the England winger should the Hammers wish to make his loan permanent.

The Mirror's Samuel Meade reports the Red Devils would seek a £30 million transfer fee for their 28-year-old academy product.

The Hammers currently sit fourth in the table and occupy the final Champions League spot, looking to reach Europe's top club competition for the first time in the club's history. Their run of form is largely due to the impact of Lingard.

Marginalized at Old Trafford under Ole Gunnar Solskjaer and making only three appearances all season, Lingard has been a revelation for West Ham, scoring six goals in his eight league appearances.

Lingard's form earned him his first recall to the England team in two years.

West Ham, coming off of a 3-2 win over Wolves on Monday in which Lingard scored, return to action on Sunday when they host third-place Leicester City at London Stadium. The Foxes sit four point ahead of West Ham in the table.