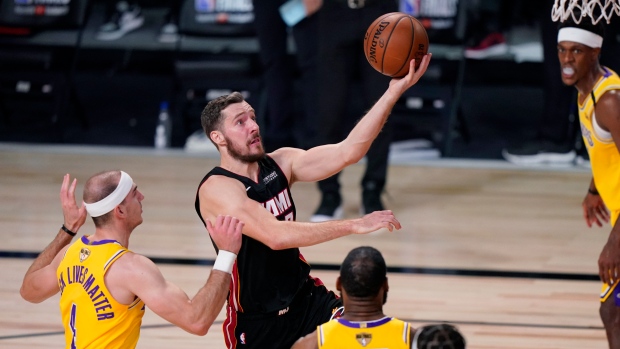 Miami Heat guard Goran Dragic reportedly suffered a torn plantar fascia in his left foot during Game 1 of the NBA Finals against the Los Angeles Lakers on Wednesday night.

Adrian Wojnarowski of ESPN confirmed the injury and tweeted that Dragic has been able to put pressure on the foot and hasn't ruled out returning to play in the series.

The Lakers won the opener 116-98 behind 34 points from Anthony Davis and 25 from LeBron James.

Game 2 of the series is Friday night in the Orlando bubble.