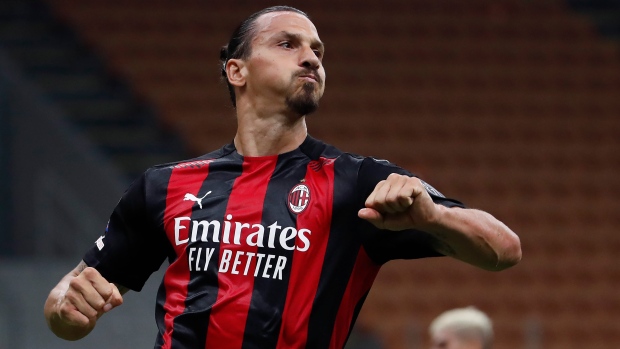 There will be no Old Trafford homecoming for Zlatan Ibrahimovic after all.

The BBC reports the Milan striker picked up a thigh injury during the Rossoneri's 2-1 win over Roma on Sunday and will be out of action for three weeks, ruling the Swede out of both legs of the club's Europa League Round of 16 tie against Manchester United.

Ibrahimovic has been a big reason why Milan is fighting for its first Scudetto in a decade. The club sits second in the Serie A table, four points back of leaders Inter. In 15 league matches this season, Ibrahimovic has 14 goals.

Ibrahimovic is in the second season of his second stint at Milan.