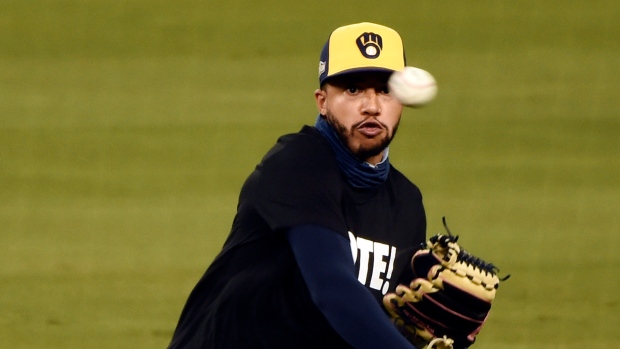 Milwaukee Brewers rookie right-hander Devin Williams has been left off the wild card roster for their series against the Los Angeles Dodgers.

According to ESPN's Jeff Passan, Williams is dealing with an arm issue.

Huge blow for the Milwaukee Brewers: Rookie right-hander Devin Williams, the best reliever in baseball this year, has been left off the roster for their wild card series against the top-seeded Los Angeles Dodgers, sources tell ESPN. He's dealing with an arm issue, sources said.

Williams was the definition of lights out in 2020, posting a 0.33 ERA with just eight hits allowed and 53 strikeouts across 27 innings.

This is the 26-year-old's second season in Milwaukee after being drafted in the second round of the 2013 draft.

He made his big league debut back in August of last season.