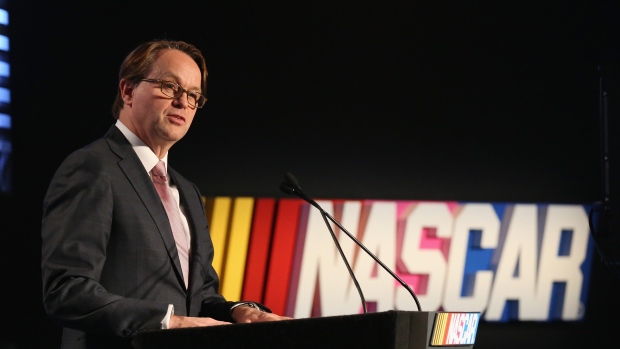 The France family, the majority owners of NASCAR, is considering the sale of the company, reports Reuters.

The reports states that the family is working with Goldman Sachs to seek out potential deals for the company. Reuters notes that all discussions are at an exploratory stage.

Goldman Sachs did not comment on the report, while NASCAR offered a terse statement.

“We don’t have anything to add,” company spokeswoman Steph Harris said.

NASCAR was founded by family patriarch Bill France Sr. in 1948 and grandson Brian France has been the chief executive officer of the company since 2003.