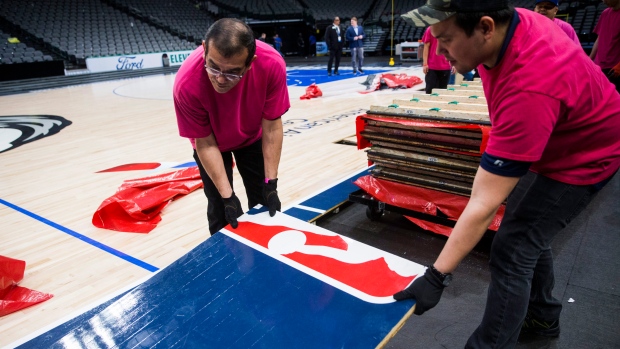 It appears the NBA is set to pay its players their next paycheque as scheduled on April 1, but has not committed to the following payment on April 15.

That news, reported by ESPN's Adrian Wojnarowski, comes as the league continues to figure out next steps following the suspension of play on March 11.

Shams Charania of The Athletic adds that the league and NBA Players' Association will be discussing provisions in the collective bargaining agreement in the event games are missed.

Wojnarowski adds that the league has informed teams that it will provide "additional guidance" on the April 15 pay date, according to a memo circulated on Friday. Language in the CBA allows for a percentage of contracts to be withheld during extreme circumstances.

It is unclear in basketball, as well as in the National Hockey League, if games will resume with the conclusion of the regular season or go straight to playoffs.

The NBA regular season was originally scheduled to end on April 15, with playoffs set to begin three days later.