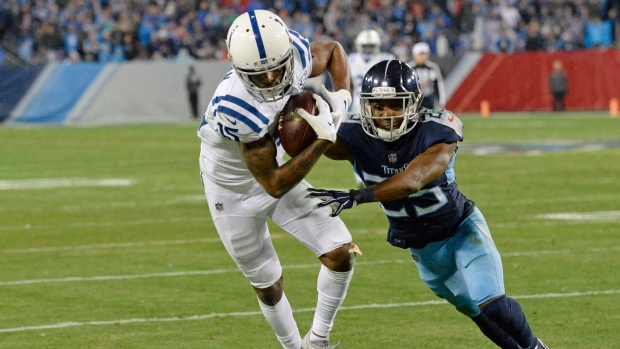 The New England Patriots have released wide receiver Dontrelle Inman after the former CFLer requested the Patriots let him go, according to ESPN's Adam Schefter.

Inman signed with the Pats in May.

New England WR Dontrelle Inman has requested his release from the Patriots, and the club has agreed to release him, per @MikeReiss.

The 30-year-old appeared in nine games with the Indianapolis Colts last season, recording 28 receptions and 304 yards with three touchdowns.

The Virginia product has appeared in 58 NFL games over five seasons with the Los Angeles Chargers, Chicago Bears and Colts.

Toronto released Inman after the 2013 campaign so he could purse NFL opportunities.