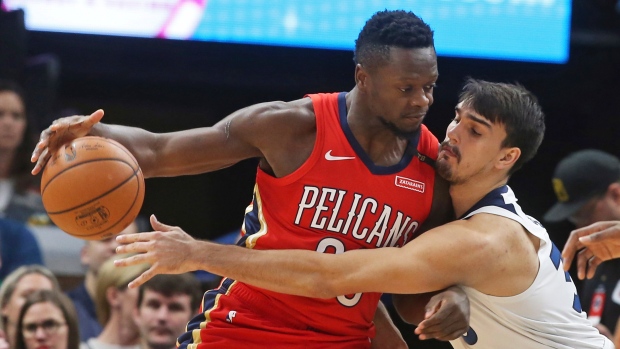 According to Shams Charania of The Athletic, New Orleans Pelicans' Julius Randle is not picking up his $9 million player option for next season and will enter unrestricted free agency.

Pelicans‘ Julius Randle is not picking up his $9M player option for next season and will enter unrestricted free agency, league sources tell @TheAthleticNBA @Stadium. Randle is coming off his best NBA season (21.4 PPG, 8.7 RPG, 34.4 percent from 3-point range on 195 attempts).

Randle is coming off a career-best 21.4 PPG, 8.7 RPG and 34.4 percent shooting from three-point range in his only season with the Pelicans.

The 24-year-old was drafted by the Los Angeles Lakers in the first round, seventh overall, at the 2014 NBA Draft.

The news comes one day after the Pelicans dealt Anthony Davis to the Lakers in exchange for Josh Hart, Lonzo Ball, Brandon Ingram and three first-round picks.