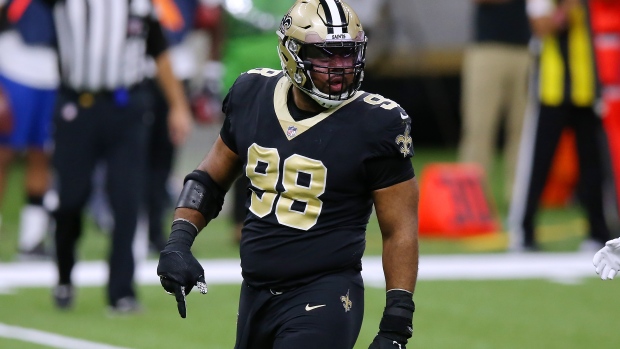 The New York Jets and defensive tackle Sheldon Rankins have agreed to a two-year deal worth up to $17 million, according to NFL Network's Mike Garafolo.

The #Jets are making another add to their defense: DT Sheldon Rankins. The 12th overall pick in 2016 has agreed to a two-year deal worth up to $17 million, source says.

The 26-year-old Rankins appeared in 12 games with one start for the New Orleans Saints last season, compiling 20 tackles and 1.5 sacks.