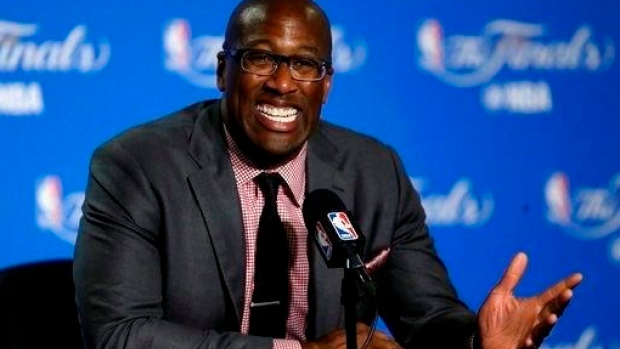 Brown, 50, served as head coach with the Cavaliers for five seasons from 2005 to 2010. He then spent parts of two seasons with the Los Angeles Lakers before returning to the Cavs for the 2013-14 season.

Brown was fired a second time after just one season back with the organization and has most recently served as an assistant coach with the Golden State Warriors since 2016.

With a record of 21-45, the Knicks will be one of eight teams not making the trip to Orlando for the league's season restart in late July. Multiple reports they have turned their focus to their head coaching search, which they officially began this spring. David Fizdale was fired after a 4-18 start to the season and replaced by Mike Miller on an interim basis, who is believed to be one of many candidates the team is considering under new president Leon Rose.

Former Chicago Bulls head coach Tom Thibodeau is also believed to be in contention for the gig according to multiple reports.

It's been a revolving door of head coaches the past few years at the World's Most Famous Arena. Following Mike Woodson's departure at the end of the 2013-14 season, New York has had Derek Fisher, Kurt Rambis, Jeff Hornacek and Fizdale try their hand at turning around one of basketball's marquee franchises. However, no coach has been able to get the Knicks close to the playoffs as they last made it under Woodson in 2013.