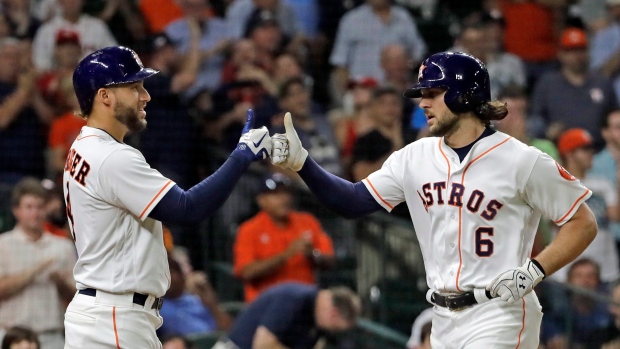 The New York Mets have acquired outfielder Jake Marisnick from the Houston Astros, according to multiple reports.

Headed back to the Astros is left-handed pitcher Blake Taylor and outfielder Kenedy Corona.

A native of Riverside, CA, Marisnick heads into his eighth major-league season.

Drafted in the third round of the 2009 MLB Amateur Draft by the Toronto Blue Jays, Marisnick was dealt to the Miami Marlins in late 2012 as part of the blockbuster deal that sent Mark Buehrle and Jose Reyes to the Jays.

He made his MLB debut in 2013 with the Marlins before being dealt to the Astros at the 2014 trade deadline. Marisnick was a member of the team's 2017 World Series-winning team.

Marisnick is arbitration-eligible and set to make in the neighbourhood of $3 million this season and is a free agent in 2021.

Prospects are believed to be headed to the Astros to complete the trade.