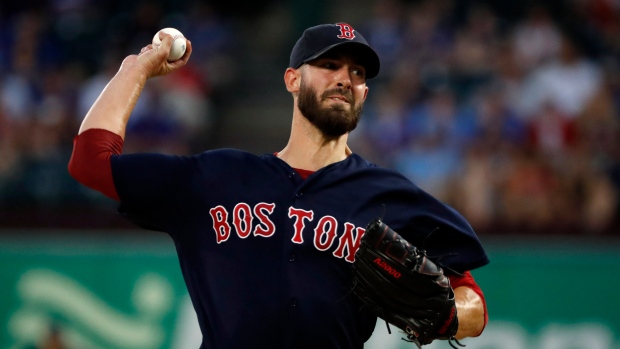 Free-agent pitcher Rick Porcello has agreed to a one-year deal with the New York Mets, pending a physical, according to a report by Ken Rosenthal of The Athletic.

Free-agent right-hander Rick Porcello in agreement with #Mets on a one-year contract, pending a physical, sources tell The Athletic. On it: @enosarris.

Jon Heyman of MLB Network reports that the deal is worth $10 million.

Porcello gets $10M, 1-year deal with Mets. Resets for free agency a year from now.

Porcello’s best season came in 2016 when he was awarded the American League Cy Young Award after pitching to a 22-4 mark with a 3.15 ERA and 189 strikeouts.

He was a member of the Red Sox’s 2018 World Series championship team, starting one game in the five-game series victory over the Los Angeles Dodgers and finishing with a 1.93 ERA.

Porcello spent the first six seasons of his MLB career with the Detroit Tigers.