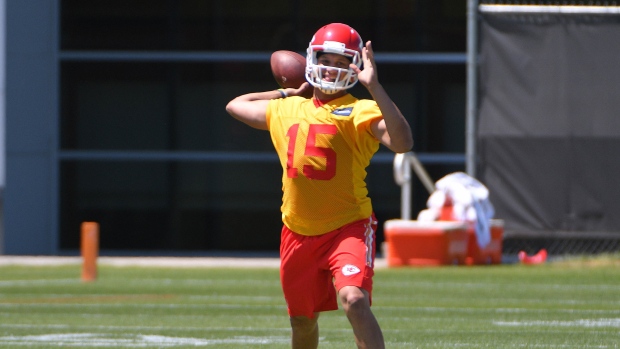 As the COVID-19 pandemic continues to rage on, NFL players aren't expected to show up at their respective teams' training facilities unitl training camp, per ESPN's Adam Schefter.

There’s no official announcement, and discussions are ongoing, but multiple people expect that the next time NFL players show up at teams’ training facilities will be for training camp, whenever that begins, per sources.

Training camp usually begins in July, but as Schefter notes, that may not be the case this season because of the threat of the virus.

If training camps are held, the NFL is reportedly mandating that teams conduct their camps at their regular facilities. Many teams across the NFL generally hold their camps in cities other than the one they reside in.

The NFL held its annual college players draft as scheduled in April, and has consistently maintained amid the pandemic that it intends to have its regular season begin on time in September.