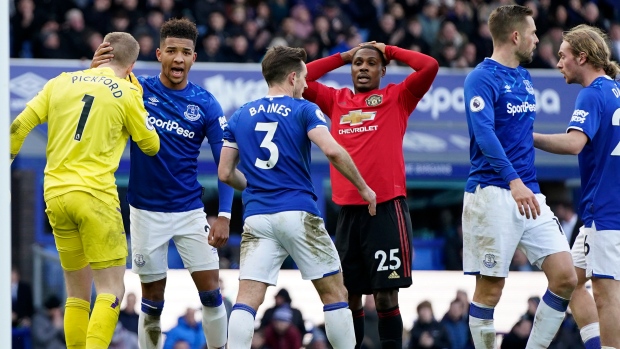 Odion Ighalo's time at Old Trafford is coming to its end.

The Guardian's Jamie Jackson reports parent club Shanghai Shenua of the Chinese Super League is unwilling to extend the 30-year-old striker's loan with Manchester United and Ighalo will depart the club on Sunday when it expires.

Signed at the close of the January window, Ighalo was expected to remain at United until the end of the season, but the hiatus of the Premier League campaign due to the coronavirus (COVID-19) pandemic means that the former Nigeria international will leave with nine matches remaining on the schedule.

The Premier League hopes to restart at some point next month.

Both United and the player had hoped for an extension on the loan, but the Red Devils have yet to reach an agreement with Shenua as May 31 approaches.

Ighalo has starred in his short time at United, scoring four times in eight appearances, including a highlight-reel strike against LASK in the Europa League.

With Ighalo's departure, manager Ole Gunnar Solskjaer will only have three recognized strikers at his disposal in Anthony Martial, Mason Greenwood and Marcus Rashford, who is expected to be available after missing the team's last 13 matches with a back injury.