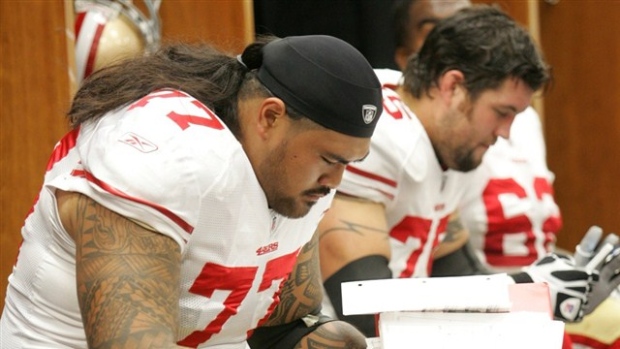 Free-agent guard Mike Iupati plans to leave the San Francisco 49ers and sign with the Arizona Cardinals, according to ESPN.

No deal can become official until free agency opens Tuesday at 4 p.m. ET.

In five seasons with the 49ers, Iupati started in 75 games. He is coming off three consecutive Pro Bowls and was a first-team All-Pro in 2012.

Iupati was drafted by San Francisco with the 17th overall pick in the 2010 NFL draft.