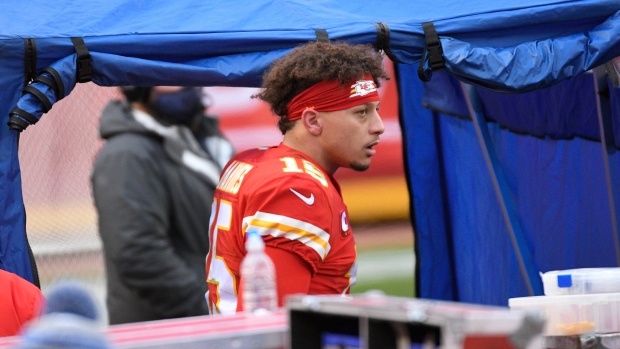 Chiefs’ QB Patrick Mahomes cleared certain steps Monday, “some big steps”, but he remains in the NFL’s concussion protocol with what is considered a concussion and it’s too early to say that he definitely will play in Sunday’s conference championship vs. the Bills, per sources.

Schefter adds Mahomes has what is considered to be a concussion, however it is too early to say that he definitely will play in Sunday's NFC Championship game against the Buffalo Bills.

He was injured and eventually ruled out of Sunday’s Divisional Round game against the Cleveland Browns after taking a hit from Mack Wilson in the third quarter.

Mahomes was evaluated for a concussion in the locker room before he was downgraded to out for the remainder of the contest.

Kansas City went on to win the game 22-17 to eliminate the Cleveland Browns.