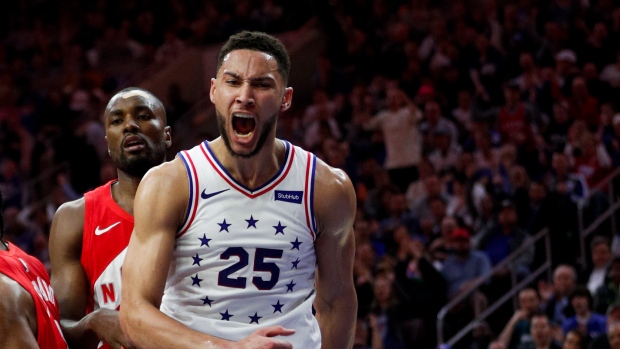 It looks like Ben Simmons is sticking around in Philadelphia.

Philadelphia has offered a five-year, $168M maximum contract extension to Ben Simmons and the Sixers and agent Rich Paul are expected to work through the details toward an eventual agreement, league sources tell ESPN.

According to ESPN's Adrian Wojnarowski, the 76ers have offered Simmons a five-year, $170 million max contract extension. Wojnarowski adds that the Sixers and agent Rich Paul are expected to "work through the details toward an eventual agreement."

With Simmons set to enter his fourth season with the Sixers, the deal is the maximum allowed under the rookie scale extension.

The move was one of many for the 76ers over the past few days as the team brought back Tobias Harris on a five-year mega deal but lost both Jimmy Butler (Miami Heat) and JJ Redick (New Orleans Pelicans).

In 79 games last season, Simmons averaged 16.9 points per game to go along with 7.7 assists.