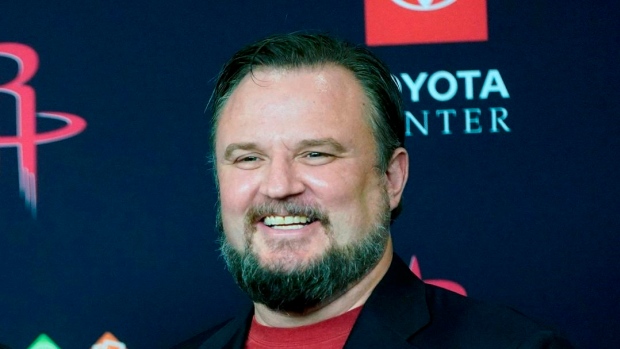 Daryl Morey wasn't out of a job for long.

The Philadelphia 76ers are in advanced talks on a deal to hire Daryl Morey to oversee the franchise's basketball operations, sources tell ESPN.

The Athletic's Shams Charania reports the deal is for five years and could be completed as soon as this weekend.

Sources: Former Rockets GM Daryl Morey will sign a five-year deal with the Philadelphia 76ers as soon as this weekend to run the franchise’s basketball operations.

The Rockets announced earlier this month that Morey was stepping down effective Nov. 1.

An MIT graduate, Morey was hired by the Rockets in 2007. The Rockets went 640-400 with Morey as their GM and won a franchise-record 65 regular-season games in the 2017-18 season. The team's streak of eight-straight playoff appearances is the longest current run in the NBA.

Morey created considerable controversy for the league last fall when he tweeted out support for Hong Kong's democratic movement. It elicited a furious reaction from China and the Chinese state broadcaster dropped NBA games from live television for over a calendar year as a result. NBA commissioner Adam Silver estimated that the loss of Chinese television resulted in hundreds of millions of lost revenue for the league.