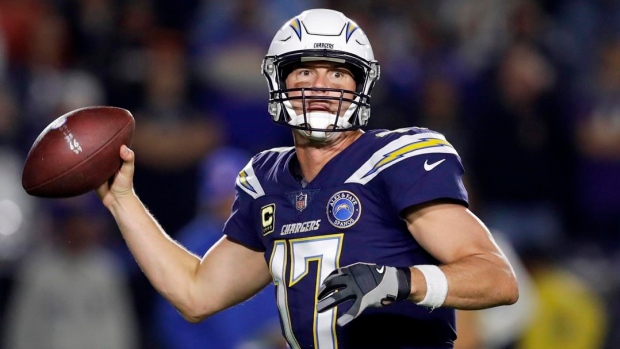 Philip Rivers and the Los Angeles Chargers are likely to table contract talks until after the 2019 season, according to Ian Rapoport of the NFL Network.

Rivers, who will turn 38 during this season, is set to make $16 million this season in the final year of a four-year contract.

Rivers has started every game at quarterback for the Chargers since 2006 and Rapoport adds "the expectation is that run will continue beyond this season."

The veteran threw 32 touchdown passes for the Chargers last year -- one off his career high -- as he led the club to a 12-4 record. For his career, he has 374 touchdowns compared to 178 interceptions.