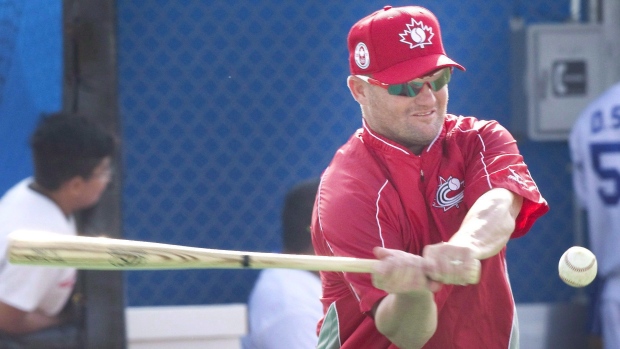 The Pittsburgh Pirates are slated to interview Canadian Stubby Clapp for their vacant manager position, according to Jon Heyman of MLB Network.

New name in Pirates mix: Stubby Clapp. The #STLCards 1B coach is slated to interview next week with them. Also in mix are Kotsay, Christensen, Shelton, Bell, Banister, perhaps Fuld and perhaps others.

Pittsburgh fired veteran manager Clint Hurdle after posting a 69-93 record this past season. Hurdle spent nine seasons as manager of the Pirates.

The 46-year-old Clapp spent this past season with the St. Louis Cardinals as their first-base coach.

Previously, the Windsor native managed the Cards' Triple-A affiliate Memphis Redbirds of the Pacific Coast League, winners of the Triple-A National Championship in 2018.

A second baseman in his playing days, Clapp reached the majors in 2001 with the Cardinals, playing 23 games. He also played for the Canadian national team at the 2008 Summer Olympics in Beijing and was a gold medalist with Canada at the 2015 Pan-Am Games in Toronto.

Following his retirement, Clapp got into coaching with the Houston Astros organization in 2007, working his way up to manager of their Single-A affiliate, the Tri-Valley ValleyCats in 2011.

He joined the Jays organization in 2013 as the hitting instructor for the High A-ball Dunedin Blue Jays before moving up into the same role the following season with the club's Double-A affiliate New Hampshire Fisher Cats.

Clapp jumped to the Redbirds in November 2016, winning back-to-back titles in both years at the helm of the club.