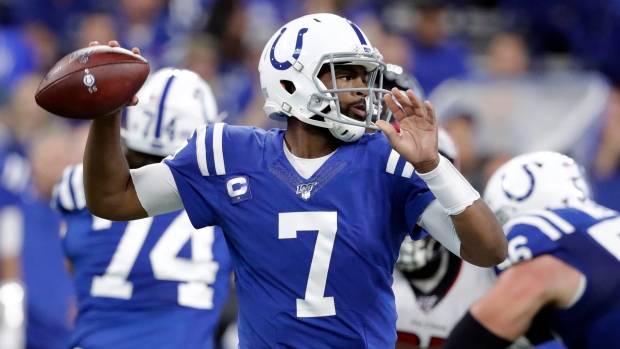 Indianapolis Colts quarterback Jacoby Brissett will start on Sunday against the Jacksonville Jaguars after missing last week's game with a knee injury.

In his place, the Colts turned to Brian Hoyer under centre and the results weren't pretty as he threw three interceptions en route to a loss to the Miami Dolphins.

In eight games so far this season, Brissett has 14 touchdowns compared to two interceptions to go along with a completion percentage of 64.8. As a starter, Brissett is 5-3 on the season.

Following their battle with the Jags in Week 11, Indianapolis will take on the Texans in Houston the following week.