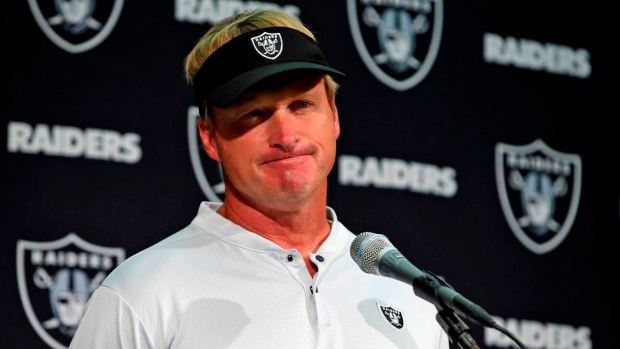 Oakland Raiders head coach Jon Gruden and general manager Mike Mayock sent the team's scouts home with the expectation they will not return before Thursday's draft, according to a report from NFL Network's Ian Rapoport.

Sources: #Raiders coach Jon Gruden and GM Mike Mayock sent their scouts home for the weekend and they are not expected to return by draft time. The belief is they don’t know who to trust and wanted to clear the room.

Rapoport reported the belief is Gruden and Mayock don't know who they can trust, and with three picks in the first round, don't want any leaks to the media beforehand.