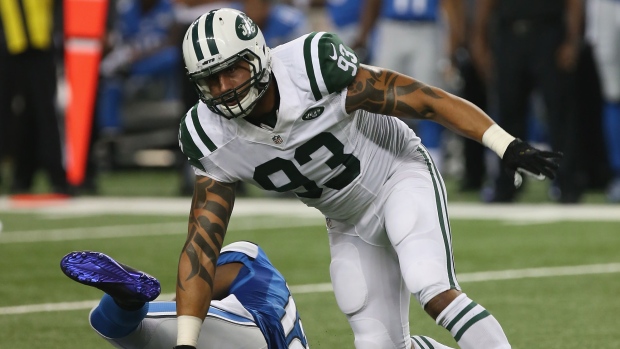 Two days after the Baltimore Ravens lost veteran pass rusher Terrell Suggs for the year with a torn Achilles, the team has reportedly replaced him with free agent linebacker Jason Babin.

According to a report from ESPN’s Adam Schefter, the Ravens have signed Babin to a one-year deal worth the veteran’s minimum.

The 35-year-old Babin had two sacks in 16 games for the New York Jets last year. The 11-year veteran has 64.5 career sacks. He was released by the Jets at the end of preseason.