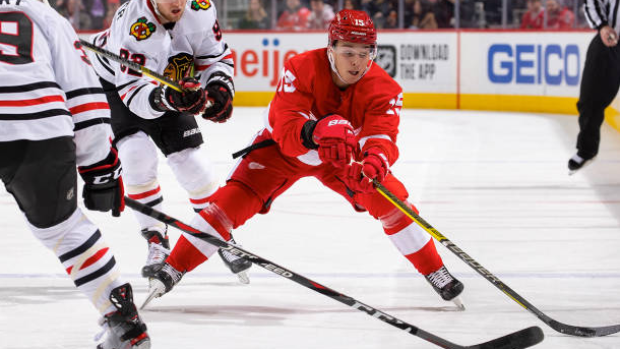 A report out of Russia this weekend suggested that Detroit Red Wings forward Dmytro Timashov was close to signing a deal to move to the KHL for next season, but according to The Detroit News, Timashov's representatives have denied that any such move in the works.

Russian news outlet Sport Express reported Timashov, who will become a restricted free agent after this season, was close to a deal with Latvia's Dinamo Riga.

The 23-year-old made his NHL debut earlier this season with the Toronto Maple Leafs and was claimed off waivers by the Red Wings at the trade deadline. He has four goals and nine points in 44 games between both teams.

Timashov, a native of Ukraine who moved to Sweden with his mother when he was seven, represented Sweden at the world juniors in 2016. He was a fifth-round draft pick of the Maple Leafs in 2015 and spent the past three seasons with the AHL's Toronto Marlies.