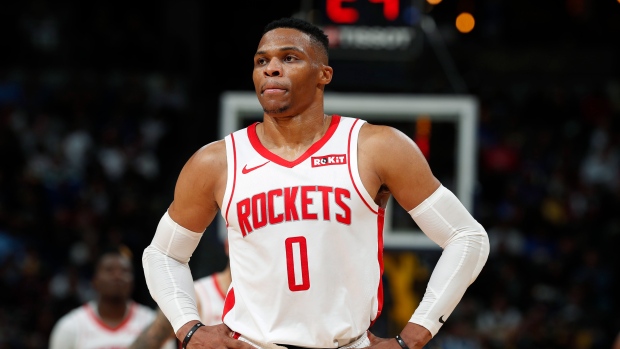 The Houston Rockets begin their playoff quest for the Larry O'Brien Trophy without Russell Westbrook.

The former MVP is expected to miss at least the start of the playoffs because of a strained right quad, Jonathan Feign of the Houston Chronice is reporting.

Feign adds that there is no firm timetable but Houston believes he will be out for at least the first few playoff games and possibly longer.

In 57 games so far this season, his first in Houston, Westbrook is averaging 27.2 points per game on 47.2 per cent shooting to go along with 7.9 rebounds and 7.0 assists.