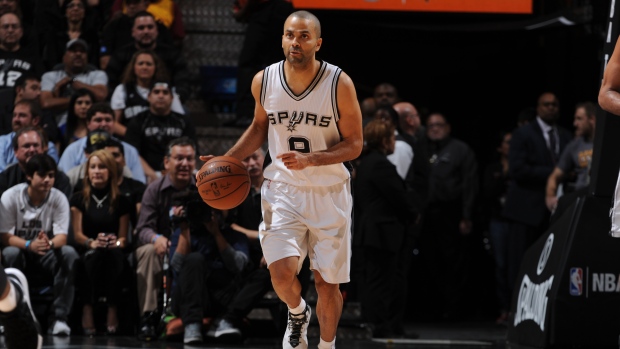 The San Antonio Spurs are reportedly not going to wait very long before retiring Tony Parker's No. 9 jersey.

According to to French newspaper Le Parisien, the Spurs are going to retire Parker's former number on Monday, Nov. 11. The Spurs will host the Memphis Grizzlies that night.

The 37-year-old Parker announced his retirement in June, bring to an end a career that spanned 18 years, 17 of which were spent with the Spurs. Alongside fellow stars Tim Duncan and Manu Ginobili, the Spurs won four NBA championships (2003, '05, 07, '14) during Parker's career with the team. Individually, Parker was named a six-time all-star during his career and was the MVP of the 2007 finals.

Parker's final season of his career was spent with the Charlotte Hornets.

A native of France, Parker joined the Spurs in 2001 after being drafted by the team in the first round (28th overall) in the 2001 draft. He averaged 15.5 points per game and 5.6 assists over his career.