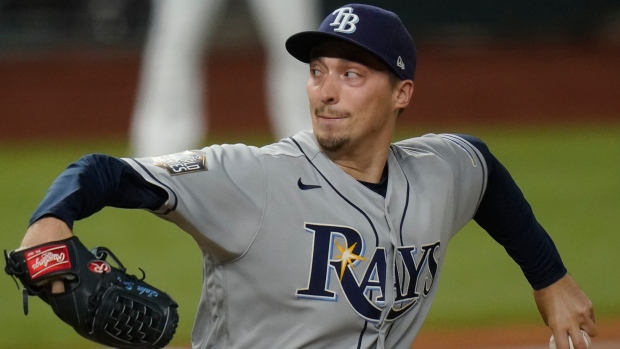 The teams have an agreement in place and Snell was told he’ll be sent to the Padres — subject to the review of medical records, according to a person familiar with the deal. The person spoke to The Associated Press late Sunday night on condition of anonymity because no announcement had been made.

In return, Tampa Bay was expected to receive a package of prospects from the Padres.

Snell went 2-2 in the AL playoffs, then racked up 18 strikeouts in 10 innings and compiled a 2.70 ERA during the World Series against the Los Angeles Dodgers. He was pulled from Game 6 by Rays manager Kevin Cash after throwing only 73 pitches in 5 1/3 dominant innings, a heavily criticized move that backfired when the Dodgers came back to clinch the title with a 3-1 victory.

The 28-year-old lefty has three years and $39 million remaining on a $50 million, five-year contract he signed with the small-budget Rays.