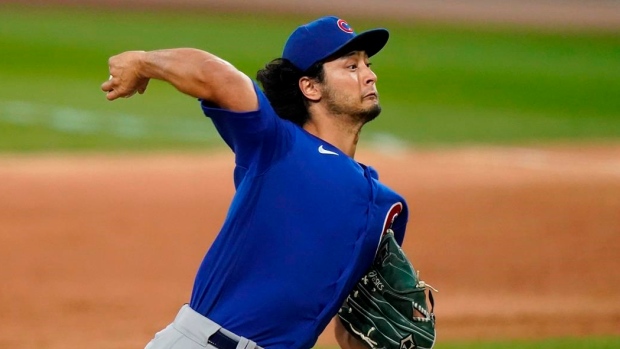 Blake Snell was only the beginning.

Reports say the Chicago Cubs are trading Darvish and catcher Victor Caratini to the Padres in exchange for Zach Davies, Reginald Preciado, Omar Caissie, Yeison Santana and Ismael Mena. The deal is pending medicals and could be made official as soon as Tuesday.

Darvish spent the past three seasons with Chicago and was lights out last year, pitching to an ERA of 2.01 and tallying a league-leading eight wins over 76.0 innings. Prior to his time in the Windy City, Darvish spent seven and a half seasons with the Texas Rangers and half a season with the Los Angeles Dodgers.

Meanwhile, Kim, 25, had been drawing interest from the Toronto Blue Jays -- among other teams -- this off-season. He hit .306 with 30 home runs last season with the Korea Baseball Organization's Kiwoom Heroes.

The Padres finished at 37-23 last season and reached the playoffs for the first time since 2006. However, they were bounced in three games by the eventual World Series winning Los Angeles Dodgers in the National League Division Series.