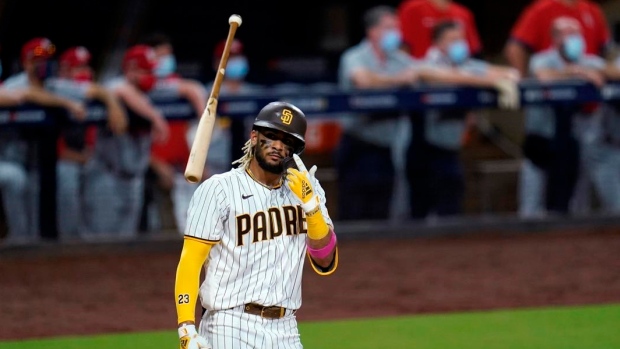 The San Diego Padres are working on a potential extension with superstar shortstop Fernando Tatis Jr., according to Jon Heyman of the MLB Network.

Heyman adds that the deal is expected to be in the 10-year range.

The Padres are working on a potential extension with superstar SS Fernando Tatis Jr. Uncertain how far things have progressed but the deal is expected to be in 10-year range, if completed. Pio Deportes suggested the talk is about $320M and 11 years. @KleinschmidtJD also on this.

He is currently under club control for four more years with one pre-arbitration year and three years of arbitration eligibility.