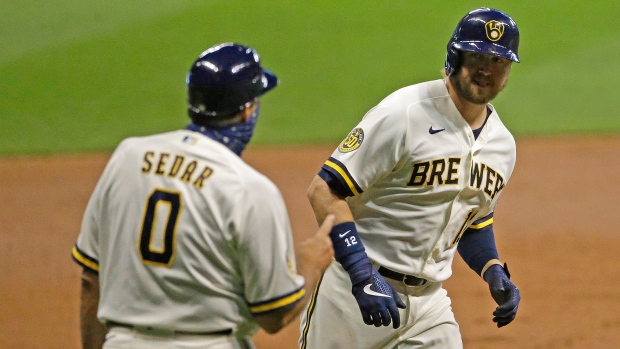 The San Francisco Giants are signing first baseman and former Toronto Blue Jays slugger Justin Smoak, according to a report from Jon Heyman.

Smoak was released by the Milwaukee Brewers earlier this week after being designated for assignment last week.

Smoak his .186 with five home runs and 15 RBIs in 33 games for the Brewers this season. He was designated for assignment after the Brewers claimed another former Blue Jays player, albeit for a short time, in Daniel Vogelbach.