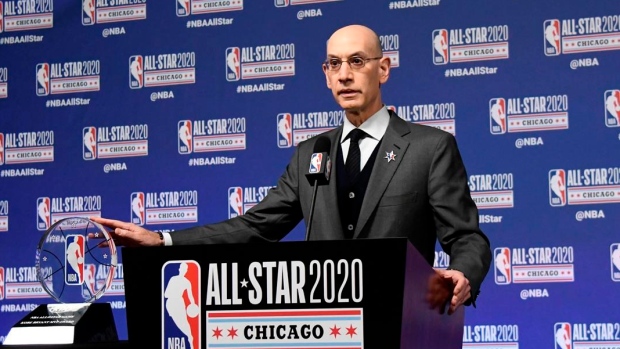 The NBA and NBPA approved a 22-team return-to-play plan last week, but it appears there are players who are unhappy they weren't given a chance to vote on the matter, according to Chris Haynes of Yahoo Sports.

Haynes reports that multiple players didn't feel like their voices were heard regarding the decision to return to play in late July at the Walt Disney World Resort in Orlando. Some have issue with the potential dangers of returning during the COVID-19 global pandemic as well as the possibility of bad optics playing during a time when the United States is going through a movement against racial injustice following the death of George Floyd at the hands of a police officer.

“What message are we sending by agreeing to this during this time?” a Black player told Haynes. “We’re out here marching and protesting, and yet we all leave our families in these scary times and gather to perform at a place where the owners won’t be at? What type of sense does that make? We’ll be going backwards. That place isn’t that magical.”

According to ESPN's Adrian Wojnarowski, the NBA and NBPA "are agreeing on a plan that would allow players to stay home without consequences." Wojnarowski adds the players would lose a portion of their salary if they stay home.

Players returning to action this summer would have to spend seven weeks quarantined in the Orlando bubble until they can have visitors after the first round of the playoffs. Training camps are expected to open July 9. Any player who leaves the bubble will need to quarantine for 10 days upon return.

Haynes adds that some players are worried about speaking up publicly and opposing superstars who are behind the idea of a return if it's safe.