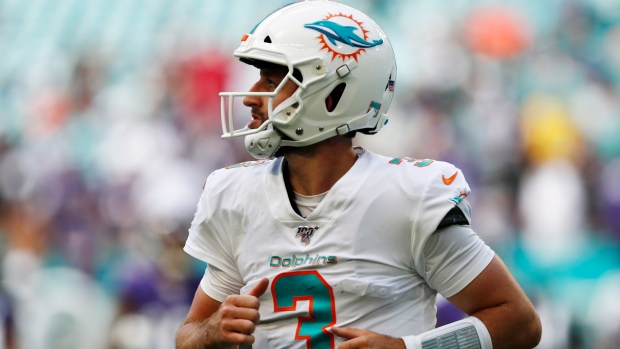 Teams have been acquiring about the availability of Miami Dolphins quarterback Josh Rosen, according to NFL Network's Michael Giardi, who added the Dolphins have been in no rush to move on from him.

Rosen is one of three QBs on the Dolphins roster and appears to be below veteran Ryan Fitzpatrick and early first round draft pick Tua Tagovailoa on the team's depth chart at the position.

The Dolphins acquired Rosen from the Arizona Cardinals last season, after the Cardinals moved on from the 2018 first round pick after just one season.

Rosen, 23, failed to beat out Fitzpatrick for the starting job last year and finished the year appearing in six games with just three starts.

In limited action, Rosen threw for 567 yards, one touchdowns, and four interceptions.