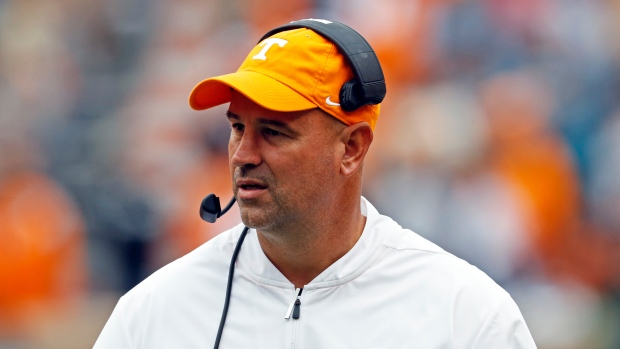 The Jeremy Pruitt era in Knoxville is over.

The Tennessean's Blake Toppmeyer reports that Pruitt's dismissal was due to more than simply poor play. An internal investigation concluded that there were alleged NCAA violations under his watch, rendering the firing with cause, which means the program will not have to pay out the remainder of Pruitt's contract.

Toppmeyer notes that Phil Fulmer, the school's athletic director and former Vols head coach, is expected to retire with his decision unrelated to the investigation.

Pruitt, 46, joined the Volunteers in 2018, coming over from Alabama where he served as defensive coordinator under Nick Saban.

This past season, the Vols went 3-7 after starting the season at 2-0 with victories over South Carolina and Mizzou.

After a 5-7 season in his first year in charge, Pruitt led the Vols to an 8-5 campaign in 2019, finishing the season with a victory over Indiana in the Gator Bowl.

Pruitt was handed a two-year extension by the program last fall. He finishes his Tennessee tenure with a 16-19 mark.

The Vols have not won an SEC title since 1998, the same year Tennessee won the national title with Fulmer as its coach.