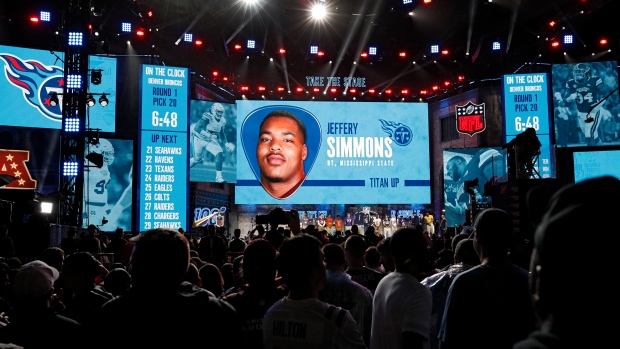 The Tennessee Titans are activating 2019 first-round draft pick Jeffery Simmons from the non-football injury list, according to a report from NFL Network's Ian Rapoport.

This is pretty amazing: The #Titans are activating first-round pick DL Jeffery Simmons, who tore his ACL during pre-draft training, sources say. They’ll be cautious, but clearly practice went well. He was on NFI.

The #Titans selected Simmons after he tore his ACL in early February knowing he may not play this season. Instead, as one source said, the Top 10 talent is a freak. Expected to be made official today. https://t.co/vJAgToUSMk

Simmons tore his ACL in February but the Titans selected the defensive tackle 19th overall anyway, knowing that he could miss the entire season.

The move is expected to be made official Saturday ahead of the Los Angeles Chargers, per Rapoport's report.